Responsibilities of a Company Director

Responsibilities of a Company Director
No matter the size of your business, as a company director, you take control of all the pivotal decisions. Whilst it might be daunting, it can also be extremely rewarding – as long as you know what you’ve signed up for.

We’ve put together a list of the major responsibilities you should know about before you say ‘count me in!’.

Think of your business as its own little country or state. Within that land mass, there are rules which must be followed by everyone which inhabits it, including the leaders. When you establish a company, you draw up these rules as ‘articles’. As you continue to operate the business, you must abide by these articles at all times. If you overstep the mark or exceed your powers, your decisions could be reversed.

Under the Companies Act 2006, a director of a company “must act in the way he considers, in good faith, would be most likely to promote the success of the company for the benefit of its members as a whole”. In this sense, ‘promoting’ doesn’t mean advertising – it means acting under the best interests of the company. This may include looking after relationships with clients, stakeholders, employees and suppliers. It also refers to sensible economical and environmental decisions which do not endanger the company, the employees or the environment.

Similar to the above rule, directors are expected to have a level of skill with which to conduct the running of a company. If someone is not skilled, they may prefer to take on other director’s with specific specialisms – such as law or accountancy.

Under ‘reasonable care’, you may consider taking out various insurance policies to protect the business and it’s dependants. You must also uphold the company’s constitution, as stated above, in order to be directing in a diligent manner.

As stated above, there is a presumed level of skill when you become a company director. It is not the role of the director to simply implement the thoughts and suggestions of stakeholders. As a company director you must take a very active role in the decision making process and have a clear and concise vision for the company’s future. If you do not know, yourself, where the business is going, it will be very difficult to direct others in how to operate it.

There are several different types of conflict of interest. This might include relationships with friends or family, in conjunction with your business. As a director, you may not accept benefits from a third party – as this could be considered a conflict of interest. If you feel there may be a potential conflict of interest, you are supposed to be fully transparent with other directors and stakeholders, allowing them to have a say in how the situation should be handled. Failure to make these conflicts known could result in a director being struck off.

6. Keeping up to date records

In order to prove your compliance with your responsibilities as a director and the constitution of the company, you must become very organised with keeping records. For every action or decision that is taken in the business, you should keep a note of it. If you have multiple directors or stakeholders, take minutes at meetings and make them accessible to all pivotal parties involved. This protects the company and yourself – for example, in the event that someone questions a decision that was made, you can display evidence that the issue was debated and deliberated appropriately.

If you’re ever concerned about your responsibilities as a director, it’s best to seek legal counsel, look up specific legislation or check with HMRC. When it comes to making financial decisions, of course, we would recommend that you seek out a suitably qualified accountant. 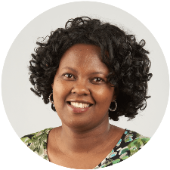 Lenah is a CIPFA qualified accountant with over 18 years’ experience in both business and accounting practice.

The information contained in this website is for general information purposes only. The information is provided by GHawk Accounting and while we endeavour to keep the information up to date and correct, we make no representations or warranties of any kind, express or implied, about the completeness, accuracy, reliability, suitability or availability with respect to the website or the information, products, services, or related graphics contained on the website for any purpose. Any reliance you place on such information is, therefore, strictly at your own risk and we accept no liability for action taken upon recommendations made in on this website.